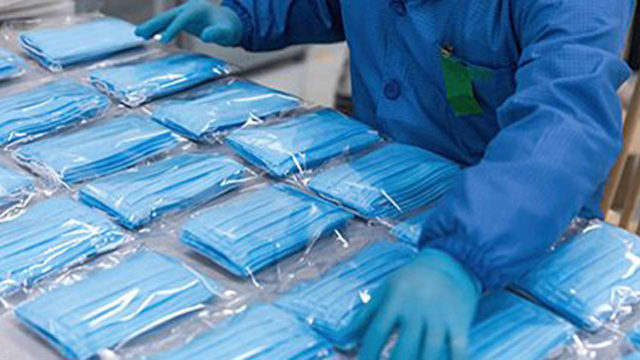 The increasing rate of infertility among young Nigerians is a major concern to health experts, who revealed that thousands of Nigerian couples are childless.

Experts have predicted that psychological fallout of the Coronavirus disease (COVID-19) could cause birth rates to drop, people to stay single for longer and women to sexualise themselves more.

U.S. researchers reviewed 90 studies to help them predict how the pandemic could shift social behaviours and gender norms — even among those not infected.

They expect planned pregnancies to decrease in response to the global health crisis as people defer marriage and kids, leading some nations’ populations to shrink.

Drops in birth rates will have cascading impacts on society and economics, affecting such things as job opportunities and support for elderly populations.

In many ways, the researchers noted, “the pandemic has become a worldwide social experiment” — the results of which have yet to finish playing out.

The researchers applied their varied expertise in predicting the future — which included backgrounds in behavioural science, economics, evolutionary biology, medicine and neuroscience.

The full findings of the study were published in the Proceedings of the National Academy of Sciences.

Couples are deemed infertile when they fail to get pregnant after frequent unprotected sex for at least a year. Doctors, in separate interviews with The Guardian advised such couples to seek medical intervention.

It is estimated that one in every four Nigerian couples (25 per cent) will experience a problem making a baby and may require Assisted Reproductive Technique (ART) such as In Vitro Fertilisation (IVF).

“More people are diagnosed to be infertile as a result of increased consultation emanating from better information and education. More awareness leads to people seeking help earlier than before, “ said Emeritus Prof. Osato Giwa-Osagie of the IVF Centre at the Lagos University Teaching Hospital (LUTH) Idi-Araba. Giwa-Osagie, who currently chairs the Advanced Fertility Centre Onikan, Lagos, said more educated women are getting married at later age than before, and that later marriages mean more time for the women to be exposed to infections, unplanned pregnancy and self-induced abortion and complications.

“Unsafe abortion leads to more likelihood of damaged tubes, while sexually transmitted infections can damage the man as well as the woman’s ability to reproduce.”

Giwa-Osagie said the implications of more people getting infertile would be that more resources could be needed for investigation and treatment of infertility.

On recommendations on how to reverse the situation, the fertility expert said: “The solution is more awareness and focuses on prevention of infertility by preventing sexually transmitted infections and treating infections correctly. Preventing unplanned pregnancies by using contraceptives or abstaining from unprotected sexual intercourse. Ensuring abortions, if necessary, are performed by trained doctors or midwives, in a hygienic environment.

“Ensuring that enduring births are supervised by doctors or trained nurses in hygienic places to prevent genius pelvic infections during labour or after delivery.”

Another fertility expert, Prof. Oladapo Ashiru, corroborated Giwa-Osagie’s position. Ashiru, a director at the Lagos-based Medical Art Centre, said there was a number of “reasons more people are getting infertile. In the order of priority, the first has to do with increased social interaction, unprotected intercourse and the resultant sexually transmitted diseases or infections (STDs or STIs).

“Several studies confirmed that STD or STI constitute between 70 to 80 percent of infertility in Africa. The commonest of these infections are Chlamydia that is usually a silent infection. Unfortunately, if it is not treated on time it can cause damage to the fallopian tube in the female, and the tube carrying the sperm in the male. The next infection is gonorrhoea. It causes permanent tubal damage.”

Ashiru said the second reason for increased infertility would be increased technological development. “There are substances released into the environment called Endocrine Disruptor Chemicals (EDCs). The toxins in the environment and in diet produce the EDCs. They include products of the petrochemical industries, cosmetics, pesticides, insecticides, fumigation chemicals, the heavy metals such as mercury, arsenic, and lead in large fish, and in water,” he said.

The fertility expert added emissions from paint industries, the paint, diesel and aviation fuels, alcohol and cigarette also compound fertility issues; the same for excess consumption of sugar and fructose-containing products like watermelon, apples and other sweet fruits. “Another issue is the use of artificial food products and Genetically Modified Organisms/foods (GMO). All these and more constitute what we now know as the EDC. The EDC damages all the reproductive hormones and organs making conception very difficult, if not impossible.”

Ashiru also attributed infertility to late marriage, noting that fertility decreases from age 35 and approaches eight per cent at age 45.

A study published in the journal Scientific Reports suggests that taking folic acid during pregnancy may help protect baby boys against testicular damage from environmental pollutants.

In humans, the optimal temperature for sperm production is just below body temperature, in a range of about 90-95 degrees Fahrenheit (32.2- 35 degree Celsius). Human studies have found that exposure to temperatures as little as 1 degree C (1.8 F) above this normal range adversely affects male fertility, said Diana Libuda, a professor in the Department of Biology and Institute of Molecular Biology.

The phenomenon of heat-induced male infertility is well known, and the effects of modern exposures to heat such as hot tubs, tight clothing and excessive drive times have been extensively studied. The underlying mechanisms that damage sperm and impair fertilization are not completely understood.

“In both humans and C. elegans, relatively small increases in temperature are sufficient to reduce male fertility,” said Libuda.

An increase of 2 C (3.6 F) above normal in C. elegans, a type of roundworm, led to a 25-fold increase in DNA damage in developing sperm compared to unexposed sperm. Eggs fertilised by these damaged sperm failed to produce offspring.

This basic research discovery is detailed in a paper published online October 15 in the journal Current Biology by researchers in Libuda’s UO lab. Postdoctoral researcher Nicole A. Kurhanewicz is the study’s lead author.

Until now, men trying for fatherhood receive a wealth of lifestyle advice on how best to boost their fertility — wear loose-fitting underpants, avoid hot baths, get a good night’s sleep and steer clear of junk food.

However, scientists are now uncovering a far more worrying truth. It seems that, for most men suffering infertility from low sperm count, the damage was done decades earlier — while they were still in the womb.

Evidence increasingly shows that the delicate processes involved in forming their reproductive organs can be disrupted in the early months of pregnancy, inflicting damage that can harm their chances of fatherhood. Moreover, new studies suggest that this not only sends their sperm counts plummeting, it also significantly raises men’s risk of serious illnesses such as cardiovascular disease and cancer in later life.

Male fertility is clearly in crisis. A comprehensive review of evidence in 2017, based on 7,500 studies, shows that sperm counts among Western men have more than halved over the past 40 years. The review authors, from the Hebrew University of Jerusalem in the journal Human Reproduction Update, warned that the decline shows “no evidence of abating.”

In the United Kingdom (U.K.), around one in 10 men of all ages suffers from infertility (defined as unsuccessfully attempting pregnancy for a year or longer), according to research from the London School of Hygiene and Tropical Medicine published in the journal Human Reproduction in 2016.

Other studies indicate that as many as one in five men under 35 have low sperm count.

British infertility experts are now beginning to explore the root causes of this 21st-century plague. Already much of the evidence points to chemical pollutants in the air, water and ground around us as the prime culprit.

There is also evidence that parents’ pre-conception lifestyles may affect their children’s health, and even their fertility, and that the problems may be passed on through the parents’ sperm or eggs by changes in DNA, known as epigenetic changes.   (The Guardian)

1 thought on “Infertility set to rise after COVID-19”

How Kagara school boys, others were released – Gov Bello